The Future of Retirement Communities: Walkable and Urban 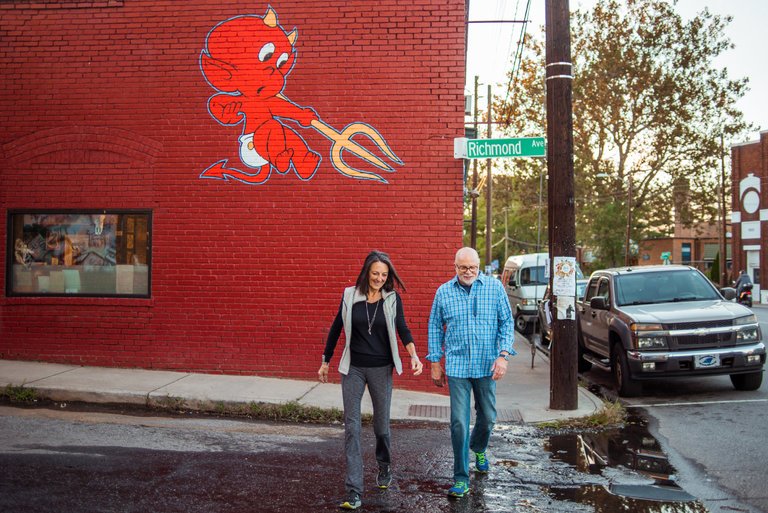 The Future of Retirement Communities: Walkable and Urban

FEW people in America walk to work. Most of us drive to the supermarket. But more older people these days are looking for a community where they can enjoy a full life without a car.

Ben Brown and his wife, Christine, say they weren’t thinking about retirement when they moved to Franklin, N.C., a small, lovely town nestled in the Smoky Mountains near Asheville, a haven for many East Coast and Midwest retirees.

“We loved the idea of living in a small town in a rural mountain area,” Mr. Brown recalled. “And we converted a summer house to a year-round home to suit our tastes.”

Yet Mr. Brown, a 70-year-old writer, and his 66-year-old wife said they had second thoughts as they made the transition toward retirement.

“We realized ‘aging in place’ means a lot more than just a comfortable house,” Mr. Brown said. “So we began thinking more about ‘aging in community.’ That means an urban neighborhood where you can walk or take transit to just about everything you need.”

Then they discovered West Asheville, a vibrant, urban neighborhood that is brimming with trendy new restaurants, inviting shops and a number of bus routes into the larger city next door. Nearly every place they wanted to go was within walking distance, a major benefit for those who don’t want to drive everywhere as they get older.

“We always thought we’d end up in an urban environment,” Mr. Brown added. “We’re in one of the few places where you can comfortably live without a car in a growing, mixed-use neighborhood.”

In the age of the Fitbit and a growing cohort of active, engaged retirees eager to take their daily 10,000 steps, retirement communities have been slow to change. Eighty percent of retirees still live in car-dependent suburbs and rural areas, according to a Brookings Institution study.

Developments for independent retirees typically come in two flavors: isolated, gated subdivisions or large homes on golf courses, often in the same bland package of multiple cul-de-sacs. Both require driving everywhere, which is a problem for those who either don’t want to drive or can’t.

Enter a new paradigm: the walkable, urban space. It may range from existing neighborhoods in places like Brooklyn or San Francisco to newly built housing within city and suburban cores from coast to coast. Though not primarily for retirees, places like Reston, Va., and Seaside, Fla., were early examples of the new urbanism built from the ground up. Among senior housing projects, examples include Waterstone at Wellesley along the Charles River in the Boston area and The Lofts at McKinley in downtown Phoenix. The theme is simple: Get out and walk to basic services.

Walkability, though, is much more than a hip marketing pitch. It’s linked to better health, social engagement and higher property values.

The researchers Philippa Clarke and Linda George found that walkable, mixed-use environments could possibly reduce disabilities many face as they age. Pedestrian-friendly communities promote walking to a grocery store, cafe or other services like a dry cleaner or library.

Although there is clearly a growing demand for walkable, urban retirement communities, they are difficult to build within cities, said Christopher Leinberger, a developer based in Washington and a professor at the George Washington University School of Business.

Mr. Leinberger noted that most mainstream retirement developers had traditionally favored suburban or exurban sites that involve sprawling “greenfield” building on relatively cheap farmland. The new approach, by contrast, is for dense, urban or town-centered sites that are accessible for services and socially vibrant.

“The model used to be to isolate old people on cul-de-sacs backing up to a golf course,” Mr. Leinberger said. “The new model just beginning to rise is for walkable urban places.”

But there are many obstacles. Age-friendly communities within cities may require extensive infrastructure improvements, including wider sidewalks, bike lanes, more public transportation options and longer pedestrian signal walk times. Local officials may not want to rezone or invest in the improvements or even permit them.

Michael Glynn, a vice president with National Development in Boston, who has built walkable communities primarily for homeowners 75 and older, said he had faced many roadblocks in pursuing his projects.

“Towns are frightened by density,” Mr. Glynn said, referring to clustering housing units in downtown areas. “But if you build in the right, walkable location, it could do a lot of good for an 85-year-old.”

Walkable areas in mature cities, though, may be unaffordable for retirees who are interested in paring their overall housing costs. Some of the most walkable cities are among the most expensive: New York, San Francisco and Boston top the list compiled by Walkscore.com, which also rates individual neighborhoods.

Although the price tags for these neighborhoods can be lofty, there is a financial upside. They promise higher home equity down the road, if you can afford to buy there.

Mr. Leinberger, in a G.W.U. study, found that the walkability factor added more than 72 percent in increased housing value compared with car-dominated developments, where he says prices will fall over time as America ages.

The affordability issue may be a roadblock to many retirees looking to cut housing expenses, but it shouldn’t be a high barrier to those already living in a city. They may be able to stay put if the neighborhood where they live can accommodate their changing needs.

How do you rate a neighborhood’s walkability? You can start with the WalkScore rankings and sort cities based on affordability, location and amenities.

Also keep in mind that the most walkable communities may need other services to fit your needs.

Do they have quality health care institutions nearby? Is public transportation adequate? Will you need barrier-free sidewalks and retail establishments? How easy is it to leave and visit other parts of a city or its metropolitan region? Will you need to rent or share a car? What about local colleges for cultural amenities and lifelong learning programs?

Picking the right community also should involve your family. If you want to be close to children and grandchildren, you should consider a place accessible to them as well.